The world is shut. Ninety+ countries have closed their borders. Seventy‐five to 100 million people working in tourism are projected to lose their jobs. And trillions of dollars will evaporate from global economies. The overall picture is beyond stunning.

We live in a world now totally dominated by humans. Conservation, therefore, is now widely acknowledged to be more than purely supporting biodiversity. Today’s conservation strategies must overtly maximize both biodiversity and the improvement of human well‐being simultaneously.

It’s now about 3 months into the COVID‐19 pandemic, and virtually all the world’s national parks and protected areas are empty. They’re making zero income, and still have costs to maintain systems and pay wages. Many of these protected areas are in countries already strapped financially. Nothing was gradual, nothing could be planned for; it just happened overnight—100 to zero.

Midori Paxton, head of Ecosystems and Biodiversity for the United Nations Development Programme (UNDP), writes about Namibia: “Tourism, primarily nature‐based, is the second largest economic sector accounting for 15.4% of total employment and 14.7% of the national GDP. Tourism is a core part of the country’s poverty‐reduction and biodiversity conservation strategy. One colleague said that community‐based tourism is the most effective way to redistribute income from the wealthy to the less wealthy and the poor.”

Fifty percent of Namibia’s land is designated for conservation‐oriented management. The biggest industry is mining. No income from tourism can easily open that door.

During the last decade considerable progress has been made in marine protection (not enough, but accelerated progress). Tourism, and the associated revenue it brings, is a key component, in many instances, for creating the justification for designating marine protected areas (MPAs).

"Today’s conservation strategies must overtly maximize both biodiversity and the improvement of human well‐being simultaneously."

National Geographic Explorer‐in‐Residence, Enric Sala, launched the Pristine Seas program in 2008 to explore and save the last wild places in the ocean. Pristine Seas has spearheaded the creation of 22 MPAs totaling over 5 million square kilometers of protection. Enric reached out to managers of MPAs involved and there was consensus: no tourism, no presence, no deterrence. “MPA’s are suffering from the pandemic in different ways but the greatest impact has been the sudden drop in tourism revenue which is reducing the ability of MPA managers to enforce many of them,” he says.

The small Pacific island state of Palau or, as I prefer to say, the large ocean state of Palau is led by a remarkable visionary, President Tommy Remengesau. He is in the final year of his second term as president and three decades of politics. On January 1, 2020, Palau officially declared 80% of its Exclusive Economic Zone (EEZ) to be fully protected; i.e. no extraction of any kind—fishing or mining. This courageous move came after years of planning by local officials and advocates, including Pristine Seas. This represents nearly a half million square kilometers, making it one of the world’s largest MPAs. 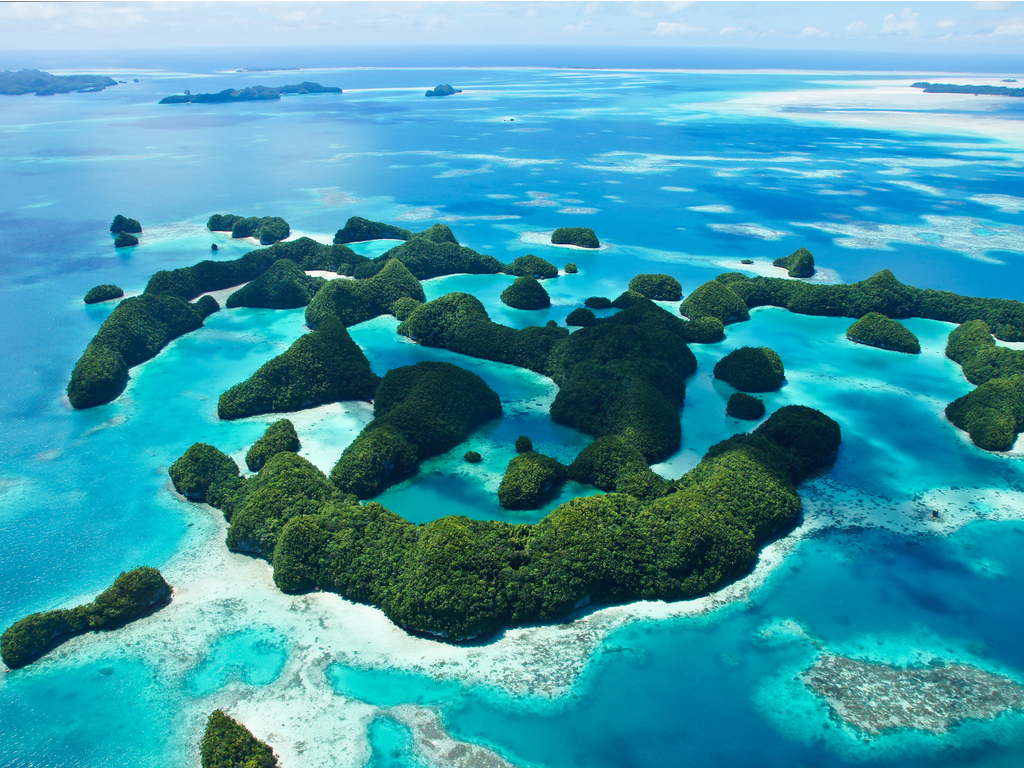 Palau is not easy to get to from the west but, regardless, people come from all over the world to dive and snorkel in this marine paradise. Tourism is by far the main source of income and President Remengesau was looking to strategies that would bring in higher‐value tourism. The protection of 80% of Palau’s EEZ meant giving up all revenue from foreign fishing licenses. Tourism in 2020 is projected to decline 52% and even more in 2021. Pressure could mount to open up international fishing again. Palau is in relatively good shape compared to many Pacific islands. GDP is high and unemployment low. But, above all, Palau has inspired leadership and, as such, is a beacon of hope in the world. Recently President Remengesau delivered his final State of the Republic address to his 22,000 citizens. He said, referring to the various crises the islands have faced, “Through all these adversities, we Palauans have stood tall and together to take whatever actions were necessary to survive the disaster and to persevere into the future and for our children. I guarantee you today that we will once again endure and come out of this crisis more resilient and better prepared going forward.” 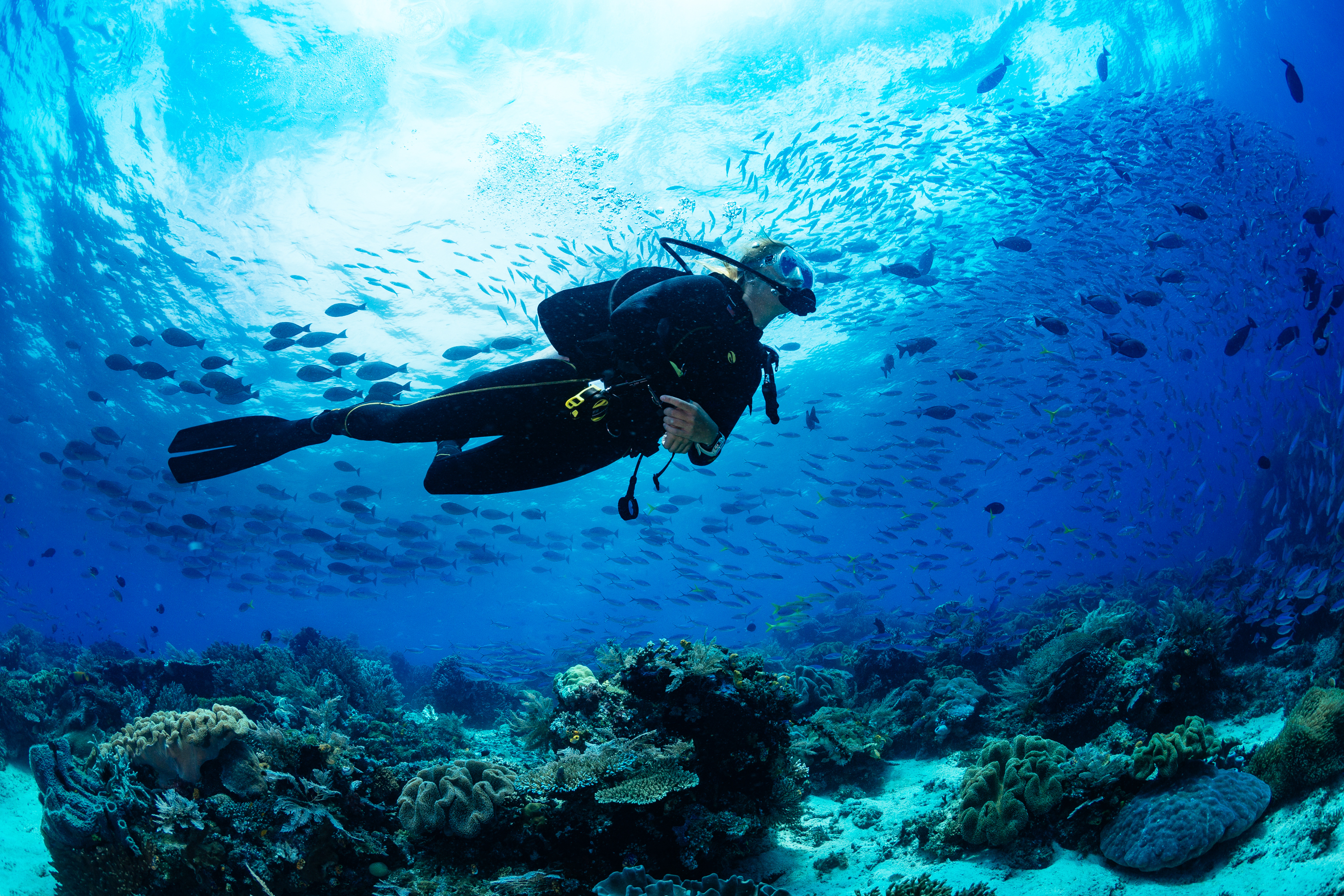 I have such personal respect for this president who, when he references future generations, really means it. His legacy, however, will inevitably be shaped by Palau’s ability to return to a healthy tourism industry soon.

"Now that we can all better understand the implications of zero tourism, as we build it up again, we must find ways to do it better, wiser, more sustainably."

Brett Jenks, CEO of Rare, and an early pioneer in community ecotourism, is a global leader in catalyzing behavior change to achieve enduring conservation results. Brett knows better than most how integral tourism is to enduring conservation results. “Thirty years ago, conservationists all over the world started promoting ecotravel so that people could fall in love with rainforests and coral reefs. This helped build a global constituency for nature. It helped millions of local people find good jobs in tourism, park management, protection, restoration, and guiding. It’s heart‐breaking to imagine no tourism. There is a whole generation of nature loving entrepreneurs out there, but they won’t survive without tourism, and in some cases, the parks will perish with them.”

Brett also knows that people who travel and are exposed to the world’s wild places are often the most important donors to NGOs broadly, and certainly to Rare specifically. 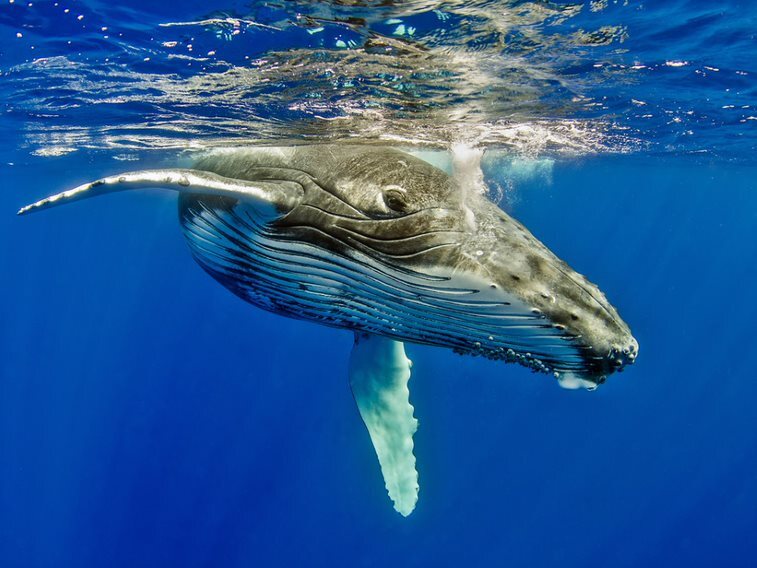 And, finally, I asked Peter Knights, CEO of Wild Aid, whose work in fighting illegal wildlife trade is at the forefront of this battle, for his thoughts, “We’re deeply concerned that the pandemic will lead to a poaching crisis. No tourism means loss of income for many people; taxi drivers, cleaners, chefs, tourist guides and even Maasai villagers. The lockdowns have caused economic hardship for tens of millions, some of whom may turn to poaching and bushmeat. At the same time, with no tourists or staff, you find way less eyes and ears on the ground in parks and reserves so it’s easier to get in and out undetected. Already there are reports of resurgent rhino poaching in Southern Africa. In the longer run some anti‐poaching efforts, especially on private reserves, depend on tourism for funding and may have to be cut back or even halted. Governments have used tourism revenue to pay for conservation costs. So, without emergency support, things look grim.”

The bottom line: 100 to zero is a big, big problem. Tourism is far from being a perfect industry; it can do much more than it has to date. Now that we can all better understand the implications of zero tourism, as we build it up again, we must find ways to do it better, wiser, more sustainably. In Chinese, the ideogram for crisis means both danger and opportunity. This is our opportunity.

Europe on the cheap - How to get the most bang for your dollar when...

An array of adventure awaits you in Baños de Agua Santa, Ecuador

One of the most popular tourist destinations in Ecuador, Bañ...